Home»Artworks based on my astrophotos, BUY PRINTS

The open cluster centered in this image is known as Melotte 15 . Melotte 15 is embedded within a central portion of the much larger glowing nebula identified as IC 1805.

The interesting structure in the center of the image is a giant area of hydrogen gas that is caused to glow by the intense ultraviolet radiation from the massive stars of the Melotte 15 star cluster.
Dust and gas clouds are twisted by the pressure of the intense radiation, the solar wind.
This formation is estimated to be 7,500 light years away from Earth, North is up.
J-P Metsävainio 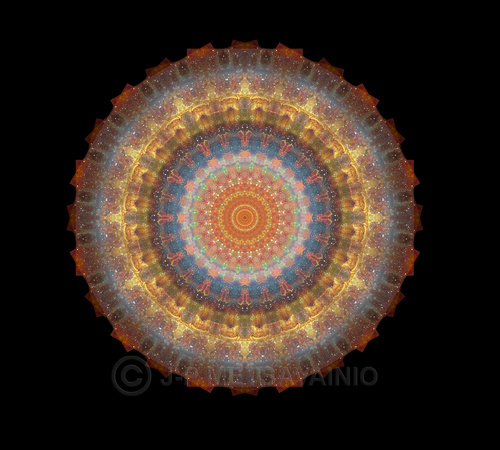