Sharpless 132 is a very faint emission nebula, it locates at the border of Cepheus and Lacerta. Distance is about 10.000 lightyears. My photo covers about one square degree of the sky (63x63"). The blue color in the image is from the emission of an ionized Oxygen (O-III). "The divine blue light" at horses face seems to be an Oxygen jet of some kind, or it's just a tens of light years long oddly shaped area of glowing gas. The shape can be seen in H-alpha channel too. (Ionized Hydrogen) 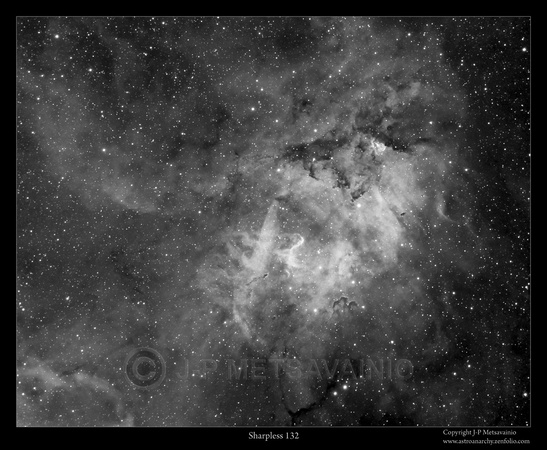