Home»Collections»Images from an Autumn season 2011

Simeis 147 (sharpless 240), is a very faint and very large supernova remnant in constellation Taurus at distance of ~3000 light years. It's constantly expanding at speed of 1000 km/second but due the size of it, we can't see any movement in it. This SN spans over 160 light years and the apparent scale in the sky is about three degrees (Moon has an apparent size of 30" = 0,5 degrees). Explosion took place approximately 30.000 years ago and left behind a pulsar (Neutron star). The pulsar has recently identified. 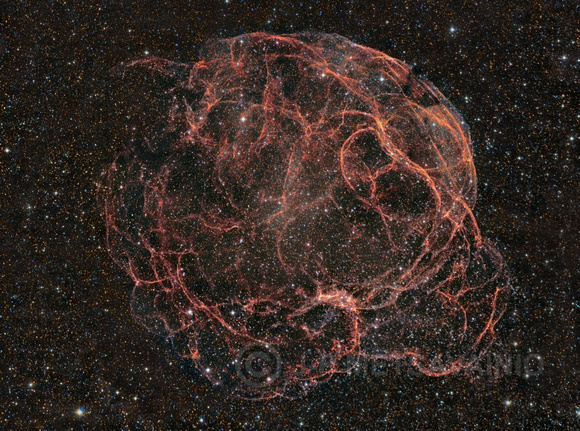