Home»Collections»Images from an Autumn season 2011

Sharpless 119 is a largish emission nebula in constellation Cygnus. There are not too many images of it around due the close proximity of eye catchers, North America and Pelican Nebulae. Sh2-119 locates just three degrees East from the NGC 7000, North America Nebula. A bright magnitude 5 star 68 Cygni, can be seen at very center of the image above. There are several dark globules at the Southern part of the nebula.
This image covers about three degrees of sky, that's six full Moons side by side. 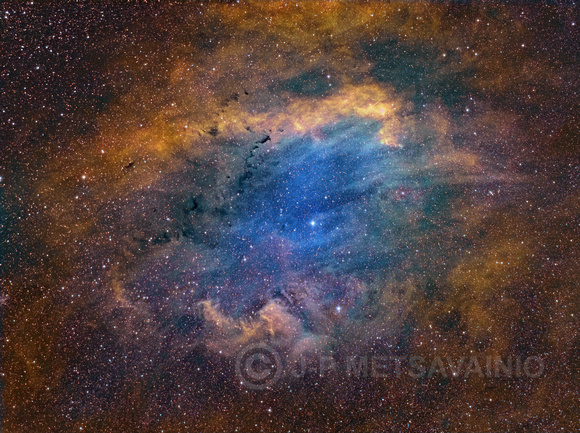