Home»Collections»Images from the Northern Galactic members remote telescope in Australia.

NGC 2032, the "Seagull Nebula" (Don't mix to the IC 2177 at Northern hemisphere, also called "Seagull Nebula") NGC 2032 locates in Large Magellanic cloud and it's in boundary to supershell LMC4. The gas is in various complex forms due the strong solar wind, radiation pressure, from massive stars in the nebula. 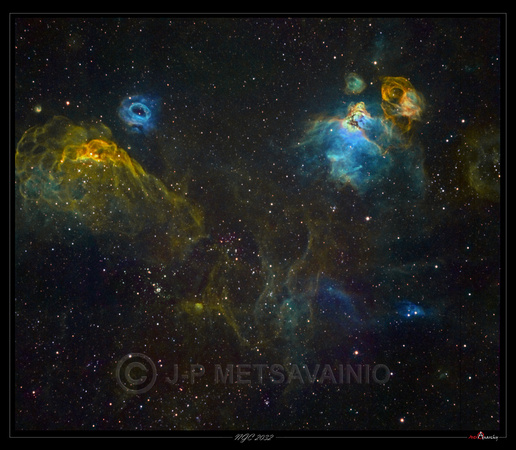