NGC 300, the spiral galaxy in constellation Sculptor, distance is about 6 million light years.
It looks very much like a M33, the "Triangulum Galaxy". It's likely, that NGC300 and NGC55 form a gravitationally bound pair. I have shot NGC 55, an irregular galaxy, ealier and it can be found here:
http://astroanarchy.blogspot.com/2010/09/ngc-55-irregular-galaxy-in.html

Surface brightness is lowish and this image gave me a hard time when processing the raw data. I tried to keep a "diffused" look of it. Active parts of this galaxy can be seen as a Blue and Red areas in a spiral arms.
Technical details: 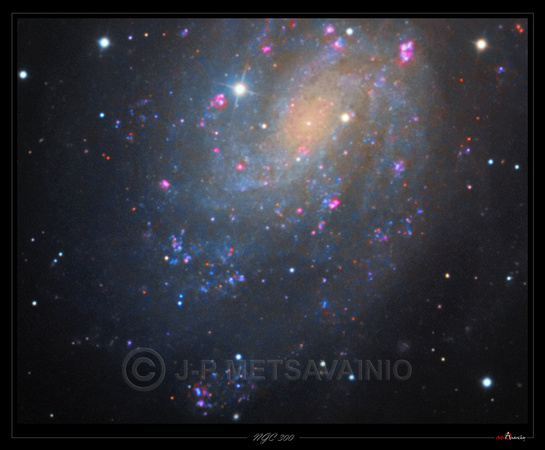