Sh2-216, A planetary Nebula in Perseus

Sh2-216, A planetary Nebula in Perseus, the closest PN to Earth ever discovered!

S-II region seems to be more expanded than H-a region, O-II is mainly in upper part of the PN but there is some at Right, at between the hydrogen filaments. H-a seems to be little more expanded at the Left side of the nebula, much more dimmer, than a Right side though.

This must be one of the dimmest targets I ever have shot!

I never have seen this target as a three band emission color image before, as far as I know, this must be the first! Generally there is very few images of this to compare, please, let me know, if you have seen this before as a narrowband three color image. 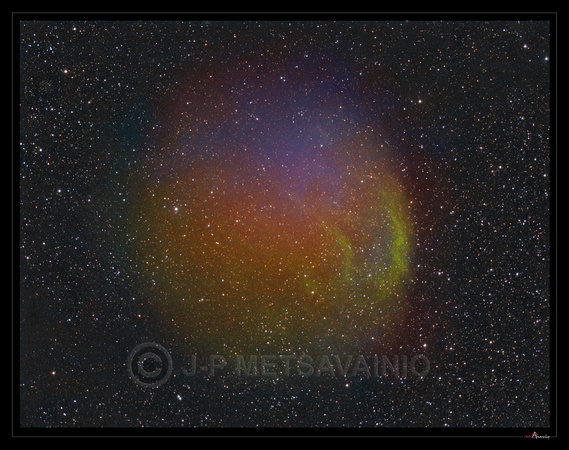