This nebula was thought to be a supernova remnant until early 1970, now it's known to be a planetary nebula.

Distance is about 1500 light years. 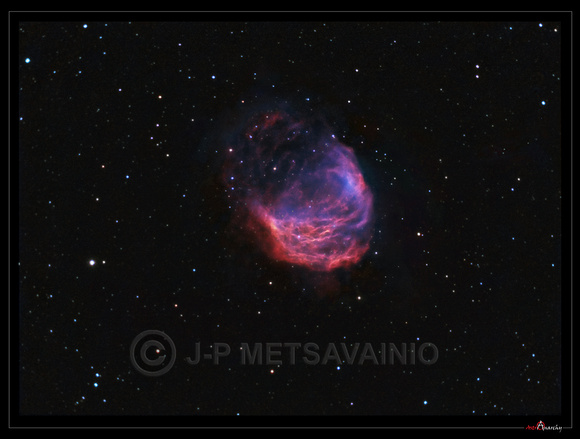